Every year, the Scripps Alumnae Association honors four alumnae—Distinguished Alumna of the Year, Outstanding Recent Alumna, Volunteer of the Year, and Commitment to Community—for their significant contributions to their communities and beyond. In 2016, I joined and in 2018, I became Chair of the Honors, Awards, and Recognition Committee (HARC), which is tasked with reviewing nominations and selecting these honorees. As we welcome Yvette Herrera ’85 as the new Chair and open nominations, I reflect on what I am most proud of during my tenure on the committee —the introduction of self-nominations.

During my service on the HARC, I observed Scripps alumnae of all class years to be resilient, generous, awe-inspiring, and influential leaders. Hands down, the most difficult part of my HARC service was selecting the winners from an impressive pool of candidates.

I discovered that Scripps alumnae are fierce advocates for their classmates, as evidenced by the incredible efforts you extend to gather and submit your nominees’ professional and personal accomplishments. Not only do you send us resumes, you scour the internet so you can list accolades and published articles about your nominees. You also compose the most moving, heartfelt letters to describe the character of your nominees. Our robust award nominations are a testament to the strength of our community, our passion for celebrating one another, and our enduring faith in shared values and collective action. 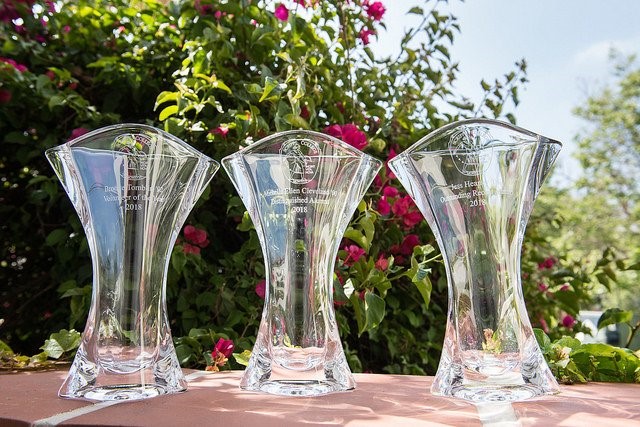 “I challenge you to reframe the concept of self-promotion as the skill to evaluate your personal performance and abilities, and then effectively advocate for yourself.” – Liz Lee ’02

But as we learned at Scripps, the promise and the power of collective action begins with an individual. So we asked, why not open up the nomination process to empower Scripps women as individuals to recognize their own achievements? In 2018, we drafted the next call for nominees explicitly welcoming self-nominations as a way to inspire Scripps alumnae to seriously think about their own accomplishments and to consider themselves as deserving of public recognition.

Why is it important to encourage self-nominations for Scripps recognition awards?

Research has shown women are less likely than men to engage in self-promotion. We may find it embarrassing, distasteful, or impolite. But in the working world, self-promotion is a crucial skill.

If you are uncomfortable with this idea, I challenge you to reframe the concept of self-promotion as the skill to evaluate your personal performance and abilities, and then effectively advocate for yourself. Now think about how self-promotion affects career advancement – from applications and interviews, to performance reviews and networking. This important skill is perhaps even more essential for women, as we may be overlooked due to unconscious bias, societal expectations and other factors unrelated to our qualifications, unless we speak up.

It is well documented that women tend to self-evaluate their work more critically than equally performing men. Women are less likely to assert their ideas in meetings and advocate for their own pay increases. Women are reluctant to apply for jobs if they are not certain they meet all the requirements, while less qualified men do not hesitate. Many of us need practice in self-promotion. With the inclusion of self-nominations, the Scripps Honors, Awards and Recognition process gives every Scripps alum an opportunity and an invitation to put yourself forward.

I recently congratulated a professional colleague who was honored with a prestigious, high-exposure “40 under 40” award. She shared with me that of all the female awardees that year, she was the only self-nominee – and one of a small handful of women to ever self-nominate for the coveted award. In contrast, the majority of the male awardees were self-nominated. Until we are comfortable enough to promote ourselves, a gap in the recognition and celebration of men’s and women’s achievements is likely to persist.

Our Scripps education and experiences taught us to advocate for and celebrate each other. One way we do this is via our annual alumnae recognition awards. By adding the self-nomination option, we hope to provide yet another avenue by which we can honor our individual achievements.

Even if there’s a band of classmates ready to rally behind you, you know your own accomplishments and you are the most qualified person to tell your story. Since 2018, a few of you have thrown your hat into the ring. We applaud your courage and confidence and we hope to see many more of you to follow.